What Counts as a Play & How Does Spotify Count Plays on Each Track? 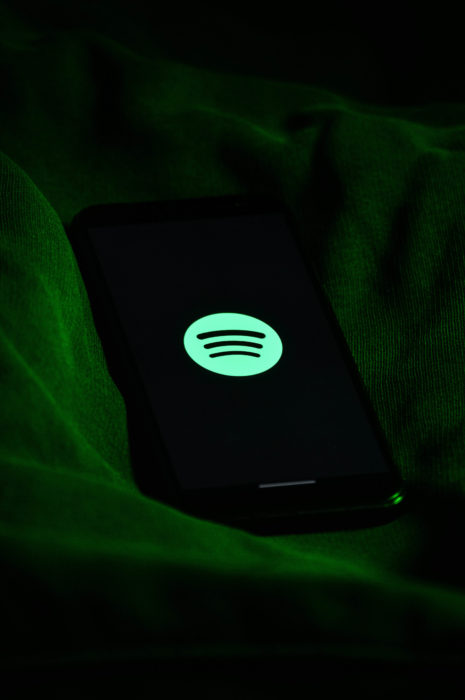 Spotify is the biggest on-demand music streaming service on the internet. The platform has a treasury of over 70 million songs and counting, with an average of 60,000 songs added every day according to their website. It boasts of having 356 million Spotify monthly listeners, 158 million of which are Spotify premium subscribers. With this massive number of listeners, it still remains the best platform for artists who want to make a name in the music industry and do it for a living. It’s definitely more lucrative than being on Apple Music.

What Counts as a Play on Spotify?

The company made Spotify for artists to make money from their music. The way to earn money on the platform is through having your song streamed by Spotify users. The number of plays will be calculated and then converted into your income. So, it is very important to know what counts as a play on Spotify.

The next relevant question is how does Spotify count plays?

Spotify counts plays as a single stream of a song when it has been streamed to for 30 seconds or more. This counts regardless if the song was skipped or not played until the end. As long as it passes the 30-second mark, the play is counted and tallied.

However, if Spotify is on mute, the platform will regard it as invalid and will not count it as a play. This rule was put in place to discourage fake streamers on the site who farm streams just for the money.

Are Fake Streams Worth it?

You can buy Spotify streams on the internet just like purchasing fake followers and fake likes for other social media sites. You don’t even have to search extensively to connect to these scammers.

Though it might be tempting to avail of these services just to look popular, it is not a sustainable avenue of growth. It will not give you the same benefits that real followers or listeners do. Definitely not worth it.

Aside from missing out on real growth and spread of your music, the price of these fake streams is not that affordable. Such websites that claim to provide streams charge $5 for 1,000 Spotify plays.

On the other hand, Spotify, on average, will only pay you $0.003 per song play. This means that you get a measly $3 per 1,000 plays. You are even losing money instead of earning some.

Other sites also offer for your songs to be included in verified Spotify playlists that have thousands of followers. The legitimacy of these vendors is suspect and who knows if they will really do what they promised once they have your money.

Still, the best way to promote music, gain organic followers, and have real streams is to get help from genuine Spotify promotion services.

If you are not yet discouraged from buying Spotify plays, this next one will probably be the strongest deterrent for you. Spotify has strict and effective ways to shut down accounts that buy fake streamers and these fraudulent accounts on their platform.

How are Fake Streams Detected?

Spotify has put in place fraud detection measures to stop the rampant fake streaming. Their system studies the listening habits of streamers to make sure that the accounts are not merely run by bots.

A lot of factors are being observed by the platform’s security. Aside from the listening habits on the accounts, they also check the location of the Spotify account, the device used to stream music, the number of times the song is played on repeat, the number of songs in a playlist that’s on loop, etc.

Bots are usually just programmed simply, so they cannot have the erratic and unusual pattern that humans naturally exhibit when listening to songs or playlists. When Spotify detects a bot account, they will immediately shut it down and flag the artists included in the bot account’s playlists.

If you have been flagged, you are in danger of having your account suspended and your songs taken off of the platform.

Stream Your Songs the Right Way

Paying for bots is illegal. However, Spotify does not stop you from streaming your own songs. You can even have your family and friends help you out by adding your songs to the playlists they listen to every day.

Just keep in mind to interact with your playlist to avoid being flagged. You can push pause, restart, skip, or choose a different song from time to time. Then change your playlist every few hours, but with your song still included in the new Spotify playlist.

Using bots is a form of cheating and fraudulent activity, which makes it illegal. This method of gaining song plays is not the right way of increasing your popularity.

For a faster way of spreading your name and music on Spotify, make a promotional campaign and try an organic Spotify growth service that works in line with the platform’s Terms of Service.

Latest posts by Maddie Schultz (see all)
Comments are closed.